News BMP Statistics: Alarming rise in violence against females in 2016 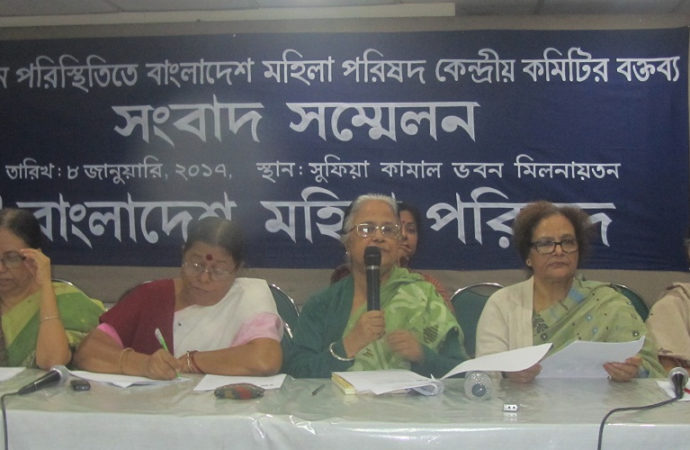 BMP Statistics: Alarming rise in violence against females in 2016

Bangladesh Mohila Parishad (BMP), a leading human rights organization, told reporters that as many as 4,896 women and girls were subjected to multiple forms of violence within the country throughout 2016.

The statistics were published at a press conference at BMP’s Shegunbagicha office.

Incidents of rape increased alarmingly as 1,050 women were raped in the previous year, including 166 gang rape victims and 44 killed after being raped. The number of gang rapes was 199 in 2015.
There were 165 rape attempts on women in 2016. This number was 142 in 2015.
120 women were molested, and 80 became victims of sexual harassment in 2016.
The rights organization collects information from 14 national dailies, and implies that 2016 was the worst for women in the last four years in terms of several forms of violence.