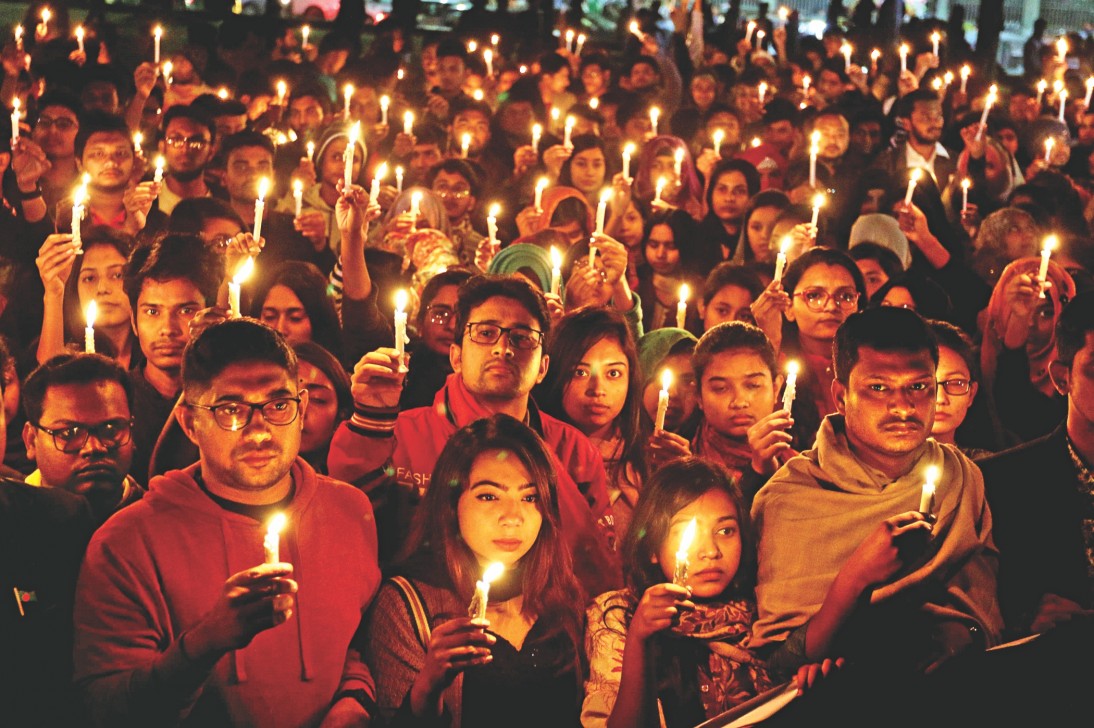 The rape of a Dhaka University student on Sunday night has sparked outrage with the incident once again raising concern over women’s safety in the capital and elsewhere.

The crime scene near the Kurmitola General Hospital is several yards from the Airport Road, one of the busiest thoroughfares in the capital.

Fellow students of the victim, 21, took to the streets yesterday, demanding justice be delivered to her.

The students in their hundreds and irrespective of their political affiliations demonstrated throughout the day. At one point, they gave the authorities a 48-hour ultimatum to arrest the rapist(s). Otherwise, they warned they would wage a tough movement. 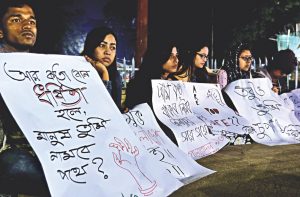 Police could not identify any suspect till early today.

Yesterday, officials from the Criminal Investigation Department (CID) collected evidence, including a wrist watch and a keyring, from the crime scene, about 150 yards off the hospital’s gate in Kurmitola.

In other developments, doctors at Dhaka Medical College Hospital (DMCH) found evidence of rape following forensic tests on the victim, and her father filed a rape case against unknown accused with Cantonment Police Station.

The victim, a second-year student, was undergoing treatment at the DMCH’s One-Stop Crisis Centre. She was taken to the hospital early yesterday.

The rape took place while the victim was walking from Kurmitola bus stop to a friend’s house in nearby Sheora area around 7:30pm on Sunday. She had just got off a university bus.

Her friends said she was supposed to get down at Sheora bus stand, but she left the bus in Kurmitola area mistakenly. She was going to the house to study with her friends ahead of exams.

A few minutes after she got off the bus, someone grabbed her from behind, gagged her and took her to an isolated place nearby.

She was raped and tortured there, some of her friends said, quoting her.

After regaining consciousness around 10:00pm, she somehow went to her friend’s home and her friends then took her to the DMCH. 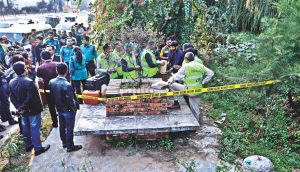 DU Proctor AKM Golam Rabbani visited her at the hospital early yesterday while Vice Chancellor Prof Akhtaruzzaman later in the morning. Talking to reporters, the VC said the university authorities would do everything necessary so that the victim gets justice.

Later in the day, DU students as well as members of different socio-cultural organisations came to the streets on the campus. They demanded that the government bring the rapist(s) to book immediately.

Many took to social media to express their anger at the lack of women safety in the country. 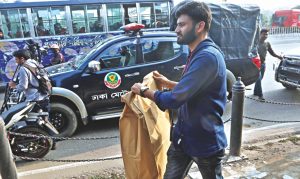 In a statement, the ASK said, “Increasing violence against women has become one of the major concerns in our lives.

“It is undoubtedly a weakness of the state that it cannot ensure the environment conducive to women’s safe movement.”

The rape took place days after the ASK said the number of rape incidents in Bangladesh doubled last year from the previous one.

A total of 1,413 women were either gang-raped or subjected to rape last year. Of them, 76 were killed after rape and 10 others died by suicide, the rights body said in its annual report released on December 31.

Police identified the crime scene based on the victim’s statement.

The place is several yards off the pavement of the busy Airport Road. It is about 150 yards north to the Kurmitola General Hospital’s gate and 30 yards south to the gate of a golf club there.

The scene is outside the boundary net of the club and surrounded by bushes, several officials told this correspondent at the spot.

A guard stationed at the club told our correspondents that many people use the pavement during the daytime, but the number of the pedestrians go down at night.

Asked, he said he was not on duty when the incident took place.

Kazi Shahan Hoque, officer-in-charge of Cantonment Police Station, told this newspaper that they visited the scene around midnight Sunday, after being informed by the victim.

Finding some pieces of evidence, they informed the CID’s crime unit, which collected them yesterday morning.

The evidence, included a gabardine pants, a piece of undergarment, a pen, a notebook, a key ring, two inhalers, a wrist watch, and some medicines (for common cold-related disease), CID Inspector Aminul Islam told this newspaper.

“We have already sent those to lab for tests,” he said.

Sudip Chakraborty, deputy commissioner (Gulshan Division) of the Dhaka Metropolitan Police, said apart from police personnel, members of other agencies were also working to find the culprit(s) and solve the case.

OC Shahan said the victim’s statement suggest that she was raped by a single person.

Talking to this correspondent early today, he said they were yet to identify any suspect and that they collected the footage of the CCTVs installed in the area for investigation.

He added that the case was handed to the Detective Branch of police.

There were several injury marks on on the  victim’s face and throat, he said, adding that she had been traumatised since the incident. He also said the victim has breathing problem.

Dr Sohel Mahmud, associate professor of the hospital’s forensic medicine department, told reporters that they found evidence of rape after conducting forensic test on the victim.

He said they found injury marks on her throat and it suggested someone tried to strangle her.

“We’ve collected samples from her body and sent them to DNA and microbiology labs for tests,” he added. 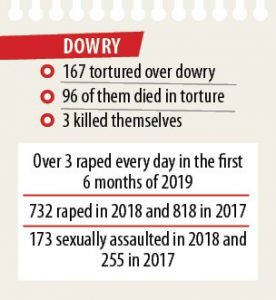 DU students, including members of different student bodies, started their demonstration in the morning. Their number increased as the day progressed.

Nearly a thousand leaders and activists of Bangladesh Chhatra League formed a chain in front of Raju Vashkorjo in TSC area around 10:45am, demanding arrest and punishment of the rapist(s).

A group of Jatiyatabadi Chhatra Dal men also staged protest at the foot of Aparajeyo Bangla during the same time.

Santrash Birodhi Chhatra Oikya, a new alliance of 12 student organisations of Dhaka University, brought out a procession on the campus around 11:00am. At one stage, they staged a sit-in blocking capital’s Shahbagh intersection for an hour.

Speaking there, Ducsu VP Nurul Haque Nur issued a 48-hour ultimatum to the DU and other authorities concerned for the arrest of the rapist(s).

“We will announce tougher programme if the rapist is not arrested within 48 hours,” he said.

Around 200 students went to the Kurmitola area in university buses and formed a human chain blocking the Airport Road near the crime scene. The demonstrators left after 40 minutes.

In another development, Sifatul Islam, a student of DU’s philosophy department, started a hunger strike at 3:30am yesterday in front of the Raju Sculpture, demanding punishment of the rapist.

He was later joined by two other students — Saiful Islam Rasel of soil, water and environment department, and Mostafizur Rahman of information technology institute.

In a statement, Dhaka University Teachers’ Association (Duta) yesterday demanded immediate arrest of the rapist(s) and urged the government to ensure their exemplary punishment.

Last night, DU students, under the banner of Dhaka University Central Students’ Union (Ducsu), held a candlelight vigil on the premises of Central Shaheed Minar to press for the arrest of the culprit(s).

Later, a group of Ducsu leaders, led by Assistant General Secretary Saddam Hossain, submitted a memorandum to Home Minister Asaduzzaman Khan, demanding that the culprit(s) be identified in 24 hours.

Talking to reporters after a programme earlier in the day, the home boss said the culprits would be brought to book within the shortest possible time.