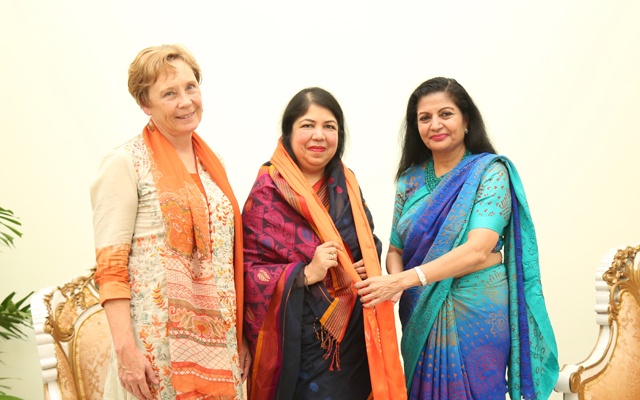 Economic growth disrupts due to violence against women: UN Women

The UN Women says the cost of violence against women and girls impedes economic growth in Bangladesh, urging the government to make “stronger commitment and investments” to end what it called the world’s “worst pandemic”.

On Nov 9, Lakshmi Puri, UN Assistant-Secretary-General and UN Women Deputy Executive Director, met with the stakeholders in Dhaka and made remarks on the prevalent violence against women and girls in Bangladesh and discussed efforts to end gender-based violence through practical collaborations, stronger commitments and investments in order to achieve the gender equality targets of the SDGs in Bangladesh.

Puri also met with State Minister for women and children affairs Meher Afroze Chumki, and Speaker of the Parliament Dr Shirin Sharmin Chaudhury and with leaders from the private sector, civil society, and heads of agencies and diplomatic missions. The high-level visit was also part of UN Women’s ‘16 Days of Activism against Gender-based Violence’ under the ‘Orange the World’ umbrella that calls for robust funding to end violence against women and girls.

Bangladesh has a high prevalence of violence against women and girls, particularly domestic violence and child marriage. According to the UNFPA and Bangladesh Bureau of Statistics (BSS) study, more than 10 million Bangladeshi women experience physical or sexual violence every year.