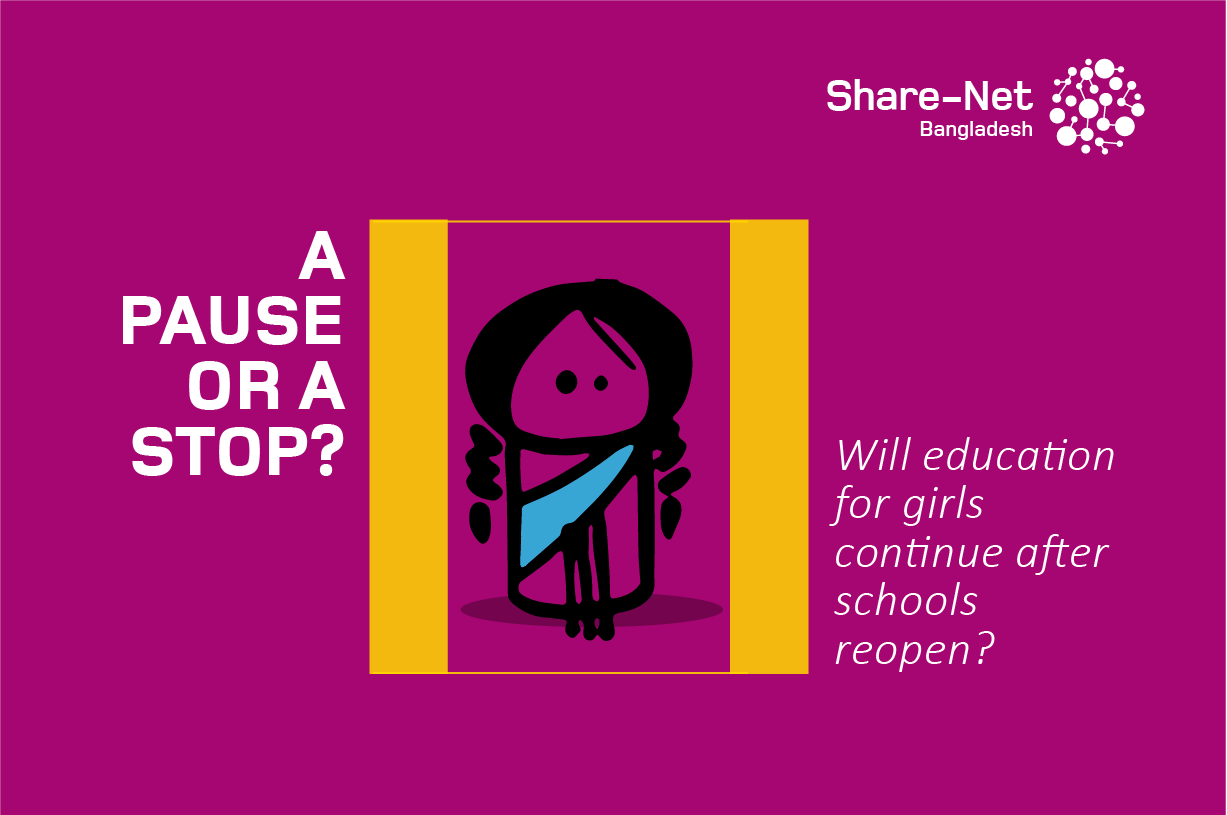 Effect of Covid 19 on Child Marriage

Along with the first quarter of the year, Covid 19 has crippled the economic structure globally, mostly in countries like Bangladesh, India and many more. Bangladesh, a country being densely populated and already with a staggering issue of encouraging stability of women’s space in the society has seen a drastic deterioration in ensuring education of girls due to the pandemic.

Women in Bangladesh who are already regarded as second class citizen of the country are currently facing the effect of this current global situation. Girls are mostly found to be deprived of proper schooling and often married off at a very early age. The Covid crisis has created an upsurge in this existing rate of early child marriage followed by various factors. A UN report issued towards the beginning of the pandemic positioned Bangladesh as second (4451, 000 girls) in the list of countries with the highest number of child marriages. A telephonic survey carried out on 57,000 women and children, Manusher Jonno Foundation (MJF) found that 462 child marriages have occurred in 53 districts in June.

One of the primary reasons in this regard can be considered the economic instability along with a big number of family members. Girls are often put into sharing household chores leading to dropping out from school to maintain financial stability ultimately resulting to being married off. The psychology behind such cases of early child marriage are mostly economic crisis and also family’s concern for their child’s stable future. In phrasal term, this can be understood as ‘The earlier married off, the better’

Secondly, fear of paying a hefty amount of dowry often stands as a pushing factor for an early settling. Lastly and mostly importantly, unavailability of education which is now mostly online based has become a farfetched idea for girls belonging to families earning below average. The immediate best option of the parents thereby lies in marrying off their daughters.

Early marriage leads to number of problems related to physical health of women and other socio economic structure such as decrease in literacy rate, population boom and increase in unemployment. Girls getting married often face the brunt of drawing dowries even after marriage. Other than this, early pregnancies leads to death of mother or giving birth to malnourished or children suffering from physical or psychological disorders.

Thus, the concern lies whether this pandemic acts as a stoppage or a pause for girls attending school. As both precautionary and reformative measures several organisations are stepping forward to help girls from falling off the education system. The United States Institute of Peace suggests few measures which can aid in tackling the issue of child marriage. More educational and medical resources can be distributed which will act as a certain financial aid. Government and NGOs can create hotline numbers related to early child marriages which can help in preventing to forced marriages to some extent. Other than this, these hotline numbers can be used to impart health related information as well. Government can also come up with radio as a platform to impart education to remote areas where internet services are unavailable and also ensure flexible learning schedules for girls who entered early child marriage or pregnant during the pandemic.

However, the concern still remains whether or not girls in Bangladesh could see the light of education after the eclipse of the pandemic.