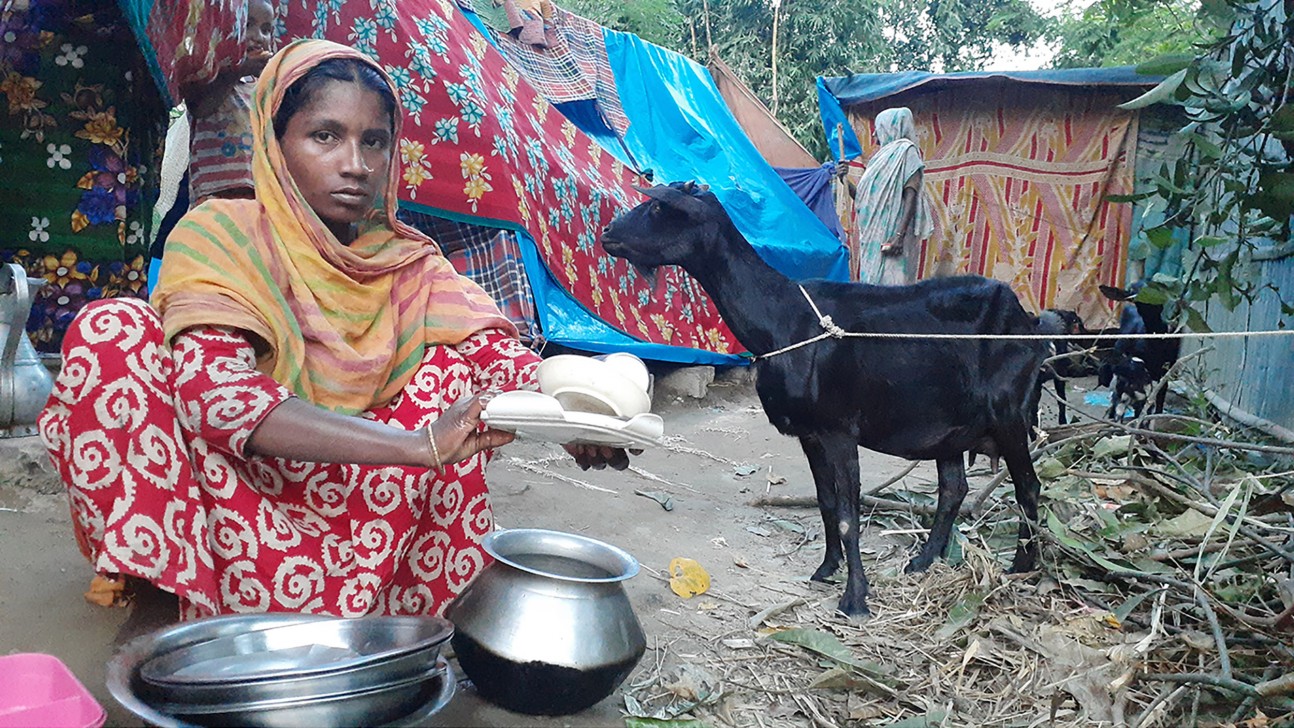 Flood-hit pregnant women in Kurigram are exposed to health risks as they are deprived of proper healthcare services.

With homes washed away, many of them have taken shelter on roads, dykes and rail line.

At least eight women have given birth at makeshift homes on the railway line between Balabari station and Ramna station in Kurigram’s Chilmari upazila in the last one week, said Dr Nazrul Islam, deputy director at the Kurigram family planning office.

Minki Begum, a nine-month pregnant woman, has taken shelter on the rail line. Speaking to The Daily Star, she said, “Our house is flooded. We have been living here for the last couple of days. But the environment here is very unhealthy.”

She expressed worries that her health might deteriorate as she did not have enough food.

Another flood-victim Shamsunnahar Begum, who is nine-and-a-half-month pregnant, said she needed to talk to a doctor about her health problems, but she didn’t find any health worker there.

Dr Nazrul said government health workers have been asked to visit the flood shelters and provide healthcare services to the victims.

According to the statistics of the district administration, around 400 villages of Kurigram’s all nine upazilas have been hit by flood which has affected about 2.5 lakh people till Sunday.

In Munshiganj, some 73 villages have gone under water and another 15 are at risk of being flooded as the Padma was flowing 72cm above the danger mark at Bhagyakul point yesterday.

Picture: Pregnant Minki Begum in a temporary shelter near a railway line of Chilmari upazila, Kurigram.