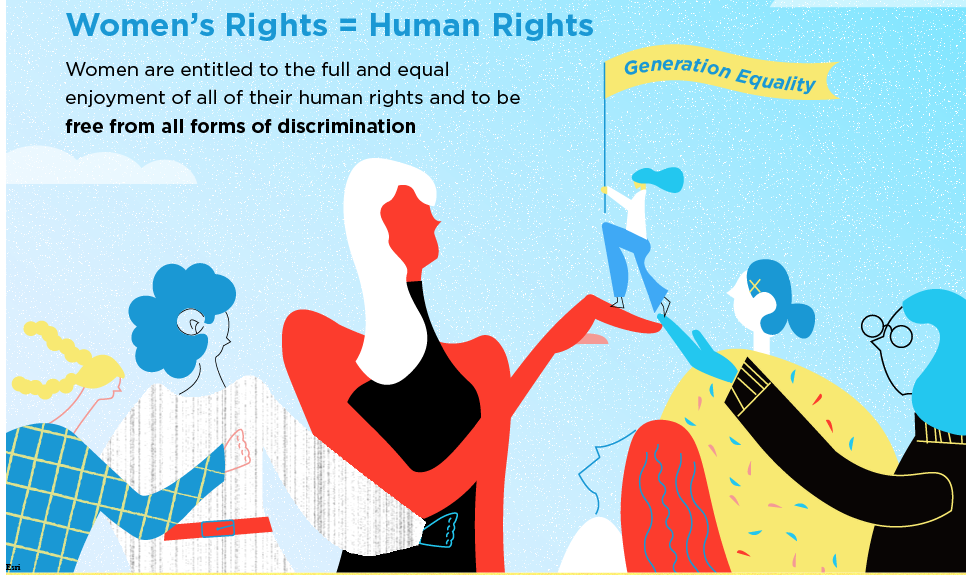 Infographic on Human Rights of Women

In this infographic, UN Women depicts the rights that a woman should enjoy as a human being, with colourful illustrations and simple language. It contains basic information about the following:

Gender discrimination has far-reaching and profound effects on the lives of women and girls in terms of: