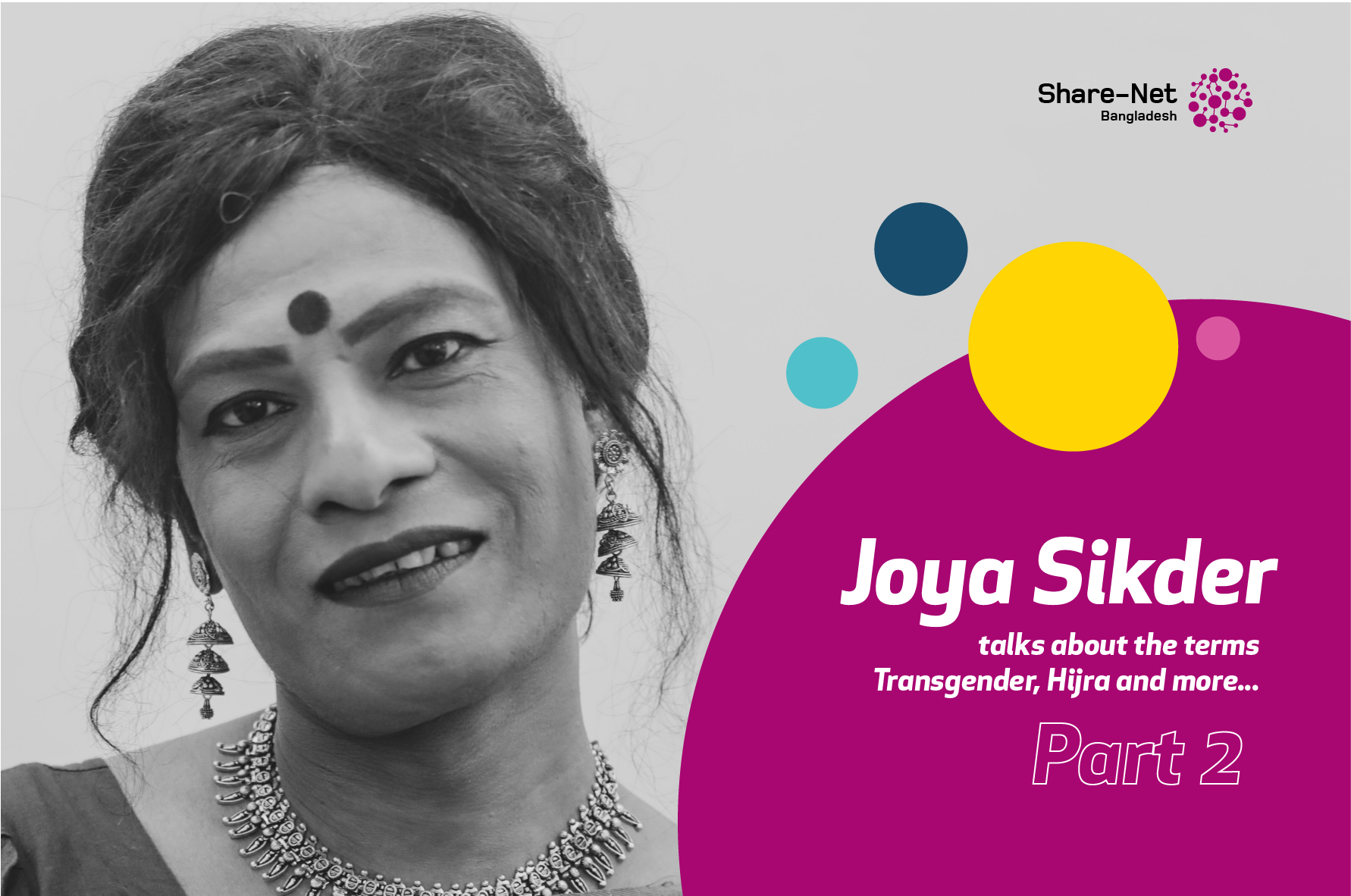 In part one, Joya Sikder spoke about the struggles she had to face for living her life in a way she wanted to live. In this article, she talks about her search for peace, her journey of getting empowered, and empowering others who are like her.

Read first part of this article: ‘The terms ‘Transgender’ and ‘Hijra’ are not the same’ says Joya Sikder

I agreed to work as a sex worker, yet there was no peace. There was no escape from violence and abuse. The men who collected garbage from the streets during the day came to us at night and beat us with sticks for no reason. The police constantly approached us for free services and took advantage of their power. Here we had to face a different kind of violation of human rights, and there was no one we could complain to. I kept looking for another job.

One day, CARE Bangladesh began a HIV programme in Bangladesh and came to our location to distribute condoms, but we refused to take it. We thought that transgenders do not need to use condoms, as we believed that condoms were used to prevent pregnancy, and transgender women cannot become pregnant. Soon, we visited their office, where with the help of charts, they showed us how condoms can protect us from STI and STDs. Ever since the beginning, I have always considered it my duty to spread awareness about safe sex among all the sex workers I knew.

I gradually found a job with Care Bangladesh as an Outreach Peer Educator. I initially worked only for the women, but later I advocated to bring transgenders’ health to attention. I felt empowered when I started to work as a peer educator. I participated in various workshops, and transferred my learnings into different communities. I even requested Care Bangladesh to conduct a blood test among transgender sex workers to detect the presence pf STIs among them. Surprisingly, 29 out of 30 of those transgenders were tested positive for Syphilis. They were treated soon.

Blooming and helping others bloom

I started an organisation called Somporker Noya Setu (SNS) in 2010, where we work with transgenders, conduct workshops, spread awareness and advocate for policies. The purpose of this organisation is to make other transgenders feel that they are not alone. People like us who belong to minorities have to face violence and discrimination throughout our lives and everywhere we go.

Twenty years ago, awareness about transgenders was almost zero. Even the media represented us as characters who only brought comic relief. However, today, the scenario is different. Throughout the world, individuals and organisations are doing their best to spread transgender awareness and introduce laws in countries that did not differentiate among genders. Transgenders in Bangladesh now have official recognition, which means they can vote and even issue national identity cards. However, the daily lives of transgenders still did not get better. Yet, there is hope. If today’s situation for transgenders can be better than ten years ago, we can hope that in the future, their condition will be better than today.

Get in touch with Joya Sikder, send her a mail: joyasikder@yahoo.com