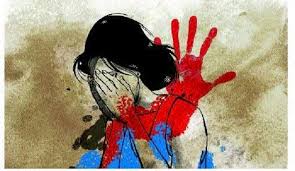 According to the Thomson Reuters Foundation, Dhaka is the world’s seventh most dangerous mega city in the world. The result of the survey was based on the  responses from the women rights expert from the selected 19 cities. The cities are listed in the UN ranked megacities.

The respondents were asked to rate four aspects of the cities in the questionnaire:  Risk of sexual violence against women, access to healthcare, economic opportunities on offer for women and cultural practices regarding women.

Cairo, Egypt topped the list as the most dangerous for the women. Karachi in Pakistan tied with Congo’s Kinshasa for second place. Delhi has been ranked third among all the cities.

Apart from this, Eminent rights activist and former caretaker government adviser Sultana Kamal has referred from the figure from the violence against women survey 2011 that around 87% of Bangladeshi married women are abused by their husbands, said the survey which involved a sample of 12,600 women.

Sultana Kamal emphasized the importance of the creating social awareness and moral development to alleviate the oppressive familial environment for women.

“One of the major goals of the Liberation War was to establish a society without men-women inequality. But it is a matter of regret that so long after the achievement of independence, we have yet to fulfill the goal,” she said.

Considering the current situation, it is important to take major step to reduce the amount of violence across the country.