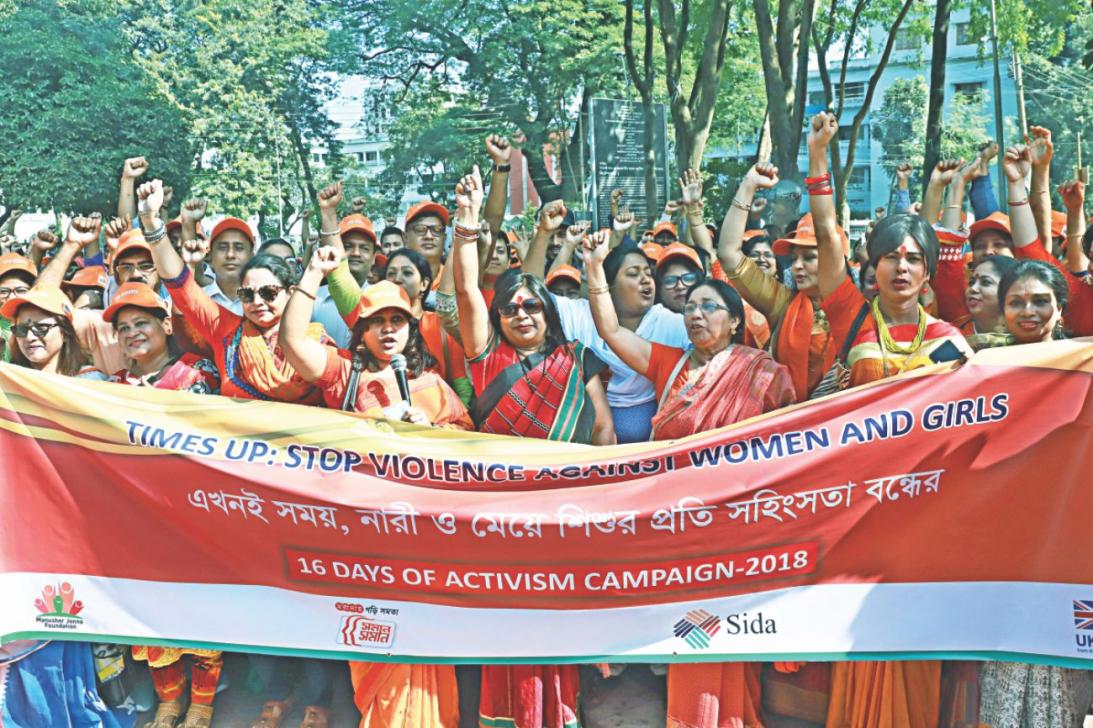 Manusher Jonno Foundation observed the first day of the ‘16 Days of Activism’ campaign at Shaheed Minar in Dhaka on Sunday, November 25. The members of the foundation chanted slogans and held banners, calling on people to unite against discrimination and violence against women.

The speakers and participants at the event wore a touch of orange to their clothes, which is the theme of this campaign. They urged everyone to support and listen to the women who are raising their voices against their perpetrators, instead of accusing them or questioning them.

MJF addressed the issue of women’s work getting less recognition in spite of their participation, contribution and visibility in all spheres. Fair recognition of women’s contribution in various fields will elevate their status, thereby resulting in a decrease in violence against them.

Shaheed Anam, Executive Director, Manusher Jonno Foundation urged men to come forward too, to ensure a society where women could speak up against violence and harassment without any shame or fear.