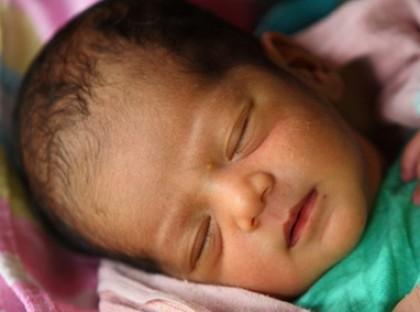 Child birth at an early age and child birth at a later age, both have been associated with adverse health effects on both the mother and the child. For women who wish to become mothers, it is advised that they have their first child between the ages of 20 to 30, as experts say that this is the age when risks of having problems associated with childbirth and maternal and newborn health is the least.

Bangladesh has the highest rate of child marriage in South Asia, and the fourth highest in the world. Marriage of an adolescent is followed by the social and familial expectation to fulfil the demand of bearing a child. This puts the young girls’ health, as well as that of the baby at risk. According to a research, ‘prevalence of adverse perinatal outcomes including low birth weight, stillbirths, stunting and perinatal mortality were substantially higher among adolescent mothers compared to the young adults’.

Young mothers are not mentally ready and mature enough to shoulder the responsibilities of motherhood. At an age when they are supposed to go to school and build their career, these girls are forced to abandon their education to take the burden of household responsibilities. In most cases, they have very little knowledge about upbringing the child regarding health and nutrition, and most elder family members tend to impose their decisions on adolescent mothers.

The decision of parents to have their first baby is influenced by various factors. Advanced maternity is not uncommon in Bangladesh. According to The Lancet, maternal age at more than 35 years is associated with ‘increased stillbirths, preterm births, intrauterine growth restriction, and chromosomal abnormalities’. Women who try to conceive for the first time at an advanced age, in most cases after 35, are often unable to conceive. Another research states that ‘Maternal age over 40 years is an independent risk factor for adverse pregnancy outcomes, particularly for the mother’.

There are treatments available to increase one’s chance to achieve positive pregnancy results, such as IVF, surrogacy, donor egg etc., however these treatments are not only uncommon in Bangladesh, but also very expensive. Adoption is another solution for couples to fulfill their needs of having a child. For couples or individuals who wish to have their own child, experts suggest that the best time is before 30-35 years of age.