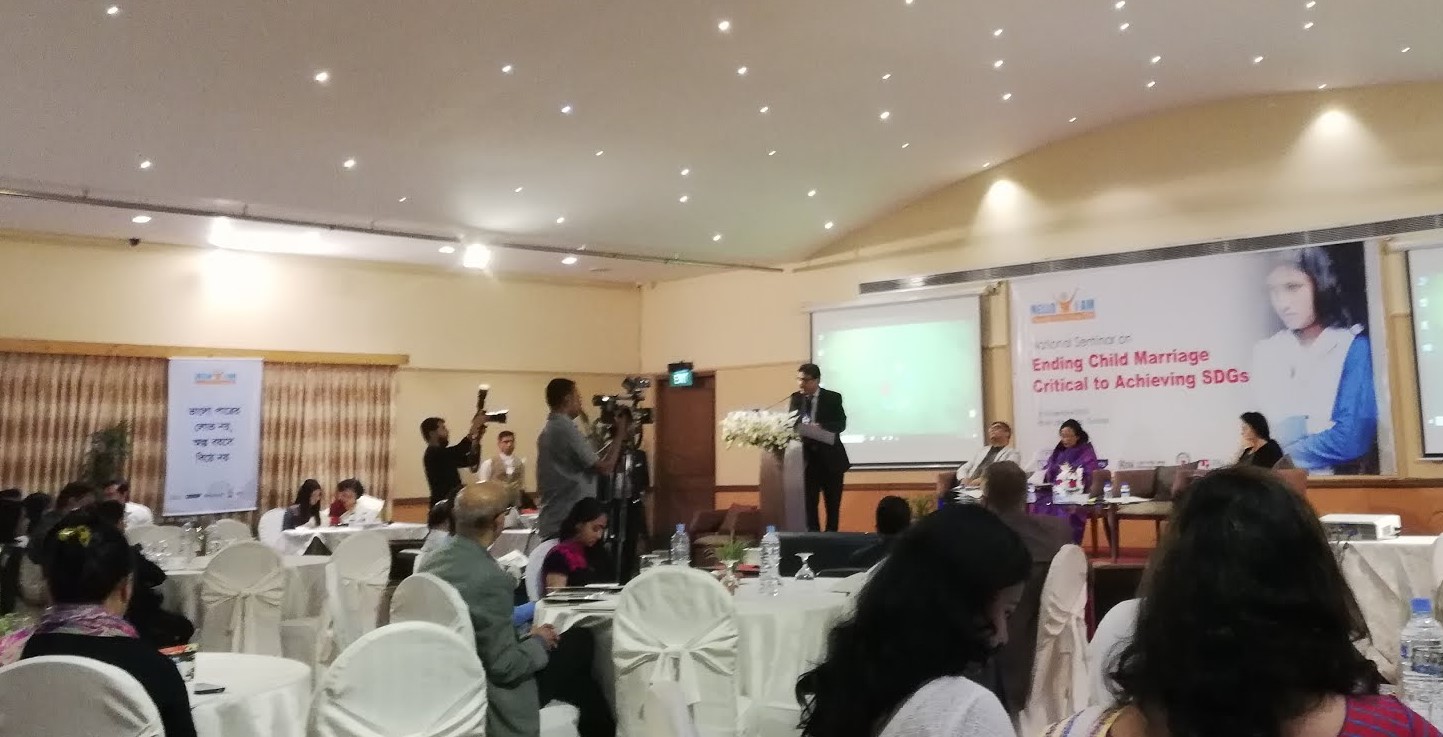 Population Services and Training Centre (PSTC) along with its partners DSK, RHSTEP and BBC Media Action hosted a National Seminar titled ‘Ending Child Marriage Critical to Achieving SDGs’ which is a part of the ‘Hello I Am’ (HIA) Project. The event took place on Thursday, November 15, at the capital’s Hotel Lakeshore.

Ms. Nasima Begum, Honorable Secretary, Ministry of Women and Children Affairs was present at the event as the honourable chief guest, along with Professor Dr. Mohammad Mainul Islam,  Professor and Chairman of the Department of Population Sciences, University of Dhaka, Dr. Annie Vestjens, First Secretary, SRHR and Gender, the Embassy of the Kingdom of Netherlands and Dr. Mohammad Sharif, Director- MCRAH, DGFP.

The seminar began with a presentation by Dr. Mohammad Mainul Islam, Professor and Chairman of the Department of Population Sciences, University of Dhaka, who presented the current statistics of the scenario of child marriage in Bangladesh along with his views on how policies and strategies are crucial to the issues of child marriage.

Mahmudul Kabir, Country Director,Terre Des Hommes raised the topic of looking after the young girls who were already married off at an early age. He said, “We will not leave behind the children who are married.” He also addressed how law alone cannot make changes in society, and that people from the masses like teachers, qazis and community leaders should also be involved.

Richard Lace, Country Director of BBC Media Action, Bangladesh presented on social media’s role and the impact it can create on the population to raise awareness on child marriage and safe use of contraceptive methods.

The seminar ended with a question and answer session where the audience got a chance to directly interact with the speakers. Suggestions from members of various organizations were also noted by the chair.