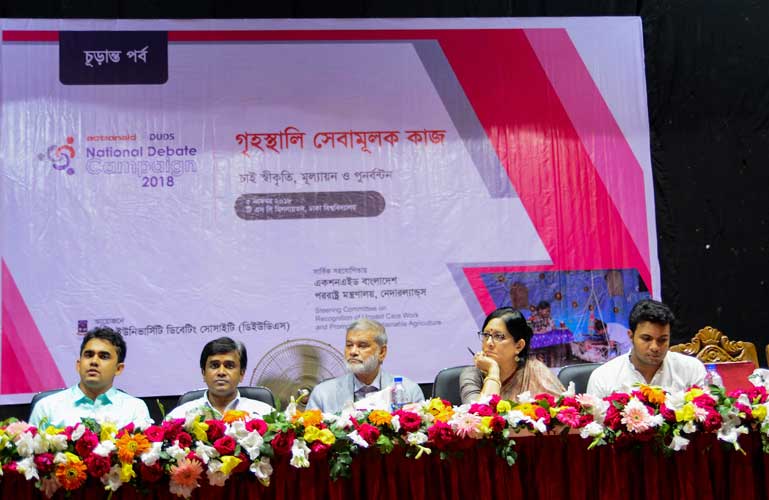 A 2017 study conducted in Gaibandha and Lalmonirhat districts found that a woman in Bangladesh spends 12  years in the kitchen. Women are involved in household chores for 7.77 hours of a day while men for 1.32 hours.

The findings were presented on Monday, November 5, at a policy dialogue titled ‘Unpaid Care Work: Election Manifesto Perspective’ and was arranged in collaboration with ActionAid Bangladesh and Dhaka University Debating Society (DUDS) in Dhaka.

“Women are not engaged in financial criteria after working longer than men. As they lag behind emotionally, socially, economically and politically, their empowerment is interrupted.” he said.

Farah Kabir, country director of ActionAid Bangladesh, said: “Development of a country is not possible leaving behind a particular population, especially women. Some change is needed from every stage to take the policy making level for recognition, redistribution and reduction of unpaid care work. In reality, there is no promise or guideline in this regard in our country’s legal policy or in political document which is keeping the issue alive.”

In Bangladesh, there are currently no existing policies and laws where it states that domestic work of women can play a role in achieving Sustainable Development Goals (SDG).

ActionAid Bangladesh and DUDS also organized the countrywide debate festival to connect the youth of Bangladesh with the topic. Bangladesh University of Textiles Debating Club won the crown of winners while Chittagong University Debating Society became the runners-up.