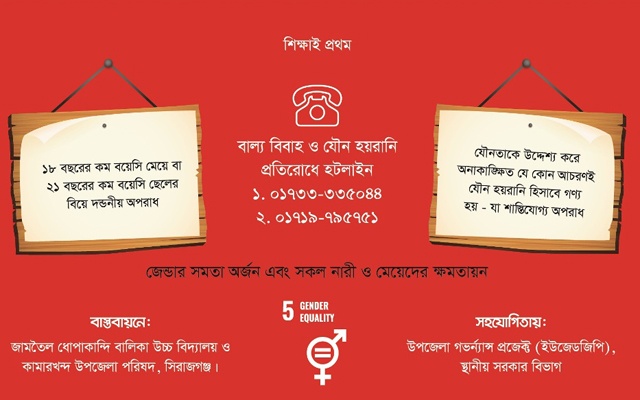 Bangladesh had the highest rate of child marriage in the world. In the latest survey showed that, under 18-marriage had declined to 59% in 2014 from 65% in 2011.