Features Research paper: “Adolescent Trouble: A Qualitative Study on MHM and Forms of Sexual Exploitation and Abuse among the Street Children in Dhaka City.” 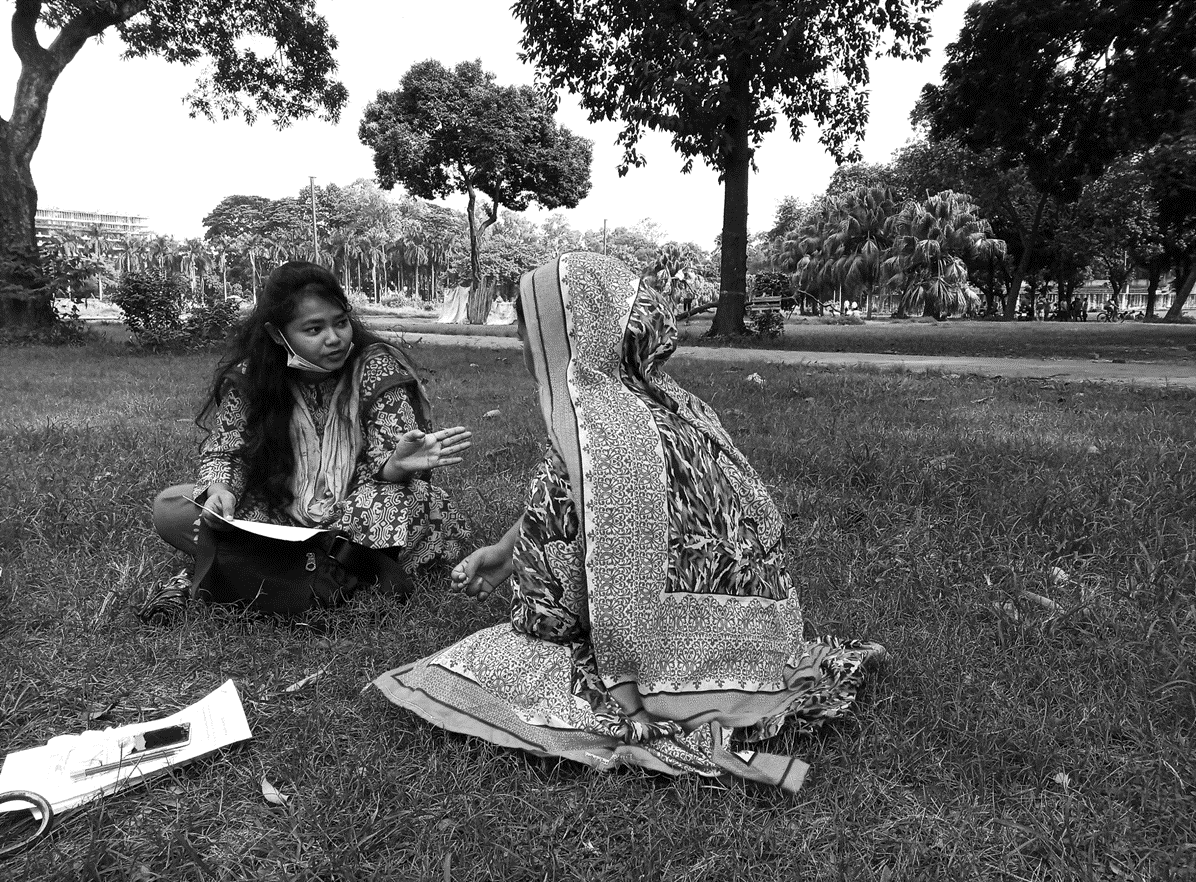 Research paper: “Adolescent Trouble: A Qualitative Study on MHM and Forms of Sexual Exploitation and Abuse among the Street Children in Dhaka City.”

In Bangladesh, a large population of children are living a childhood in the streets that is harshly different from an ideal environment for children. In some cases, groups of children who are orphaned, abandoned, or socially excluded, are compelled to live in the streets or the slums of the city. Among these unprivileged children, the female street children are the most endangered group who pass over their adolescent age and grow up in the street.

The broad objective of the research aims to uncover knowledge and practices regarding menstruation and the forms of sexual exploitation being a female street worker. The core hypothesis of this study is to uncover the degree of vulnerability to health conditions regarding MHM and to the context of sexual exploitation from the perspectives of female street adolescents.

SDG 6.2 acknowledges “The right to menstrual health and hygiene for all and end open defecation, paying special attention to the needs of women and girls and those in vulnerable situations”. Being on the street the female street children are at high risk of being sexually and physically harassed and abused. This study would make this portion of the population visible to the respective institutions, groups, policymakers, development partners for assistance regarding these issues to improve their sexual and reproductive health.

The study reveals that menstruation is an unfamiliar concept among the participants until they face it and points out the common belief, misconceptions, and restrictions around this subject. Sanitary products are not affordable for the street children, nor do they have the knowledge and facilities to practice proper hygiene methods.
This research would enlighten the concerned stakeholders, policymakers to give special attention to this specific group in our society.

Download: Research paper- Adolescent Trouble: A Qualitative Study on MHM and Forms of Sexual Exploitation and Abuse among the Street Children in Dhaka City.