Features Staring as a form of sexual harassment 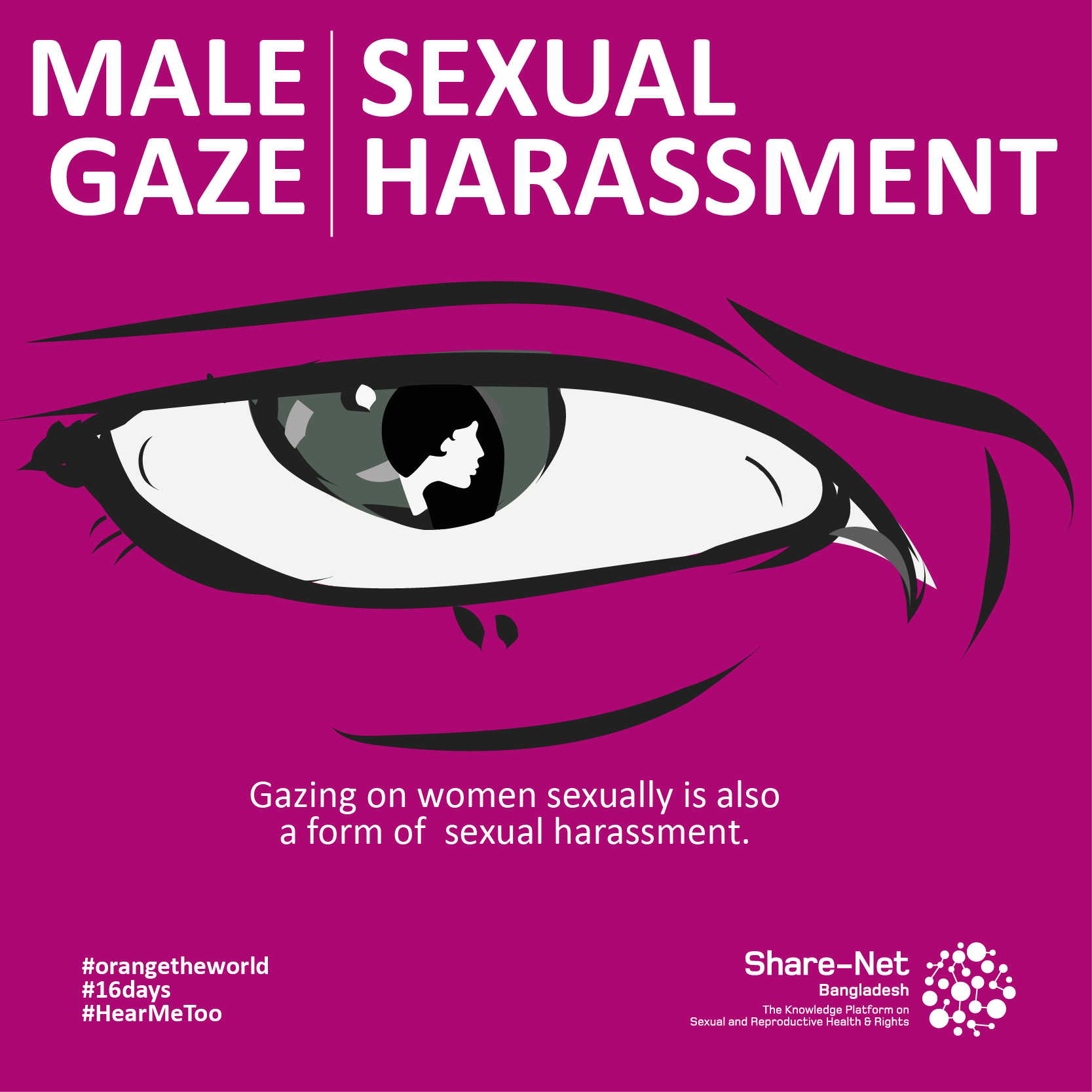 Staring as a form of sexual harassment

A few weeks ago, a video went viral in which a group of policemen can be seen misbehaving with a woman in a CNG run auto rickshaw. They were pointing fingers at her character for being out late at night at 2:00am wearing ‘inappropriate’ clothes. The men began to misbehave after she raised her voice against one of those policemen for staring at her. By staring, she meant that he was ogling at her, looking at her in a way that made her uncomfortable, but unfortunately, there is no word in the Bangla dictionary to refer to the nasty sexual way in which a man stares at a woman.

Staring at women is a common phenomenon in Bangladesh, and in this context, staring means to look at a woman in a sexual way. As mentioned in the above incident, if a woman protests against someone staring at her, she will be accused of ‘over-reacting’. This kind of harassment can never be proved.

There are different ways in looking. A friend will not look at another friend the way a lover would. While having a conversation, two businessmen will not be looking at each other the way a newly married couple would. There is a proverb which says, ‘Eyes can say more than words’. When a man’s eyes hover over a woman’s body with lust, a woman could easily understand his nasty intentions, but cannot express it in words in most cases.

Different forms of sexual harassment include intentionally touching a person’s body, brushing against her or standing too close to her. Sexually staring at a woman should also be considered a form of sexual harassment, and people found guilty must be punished.

Recently at a ‘16 Days of Activism’ program, Nasima Begum, Affairs Secretary, Women and Children said that they have sent a proposal to the Finance Ministry for funds to install CCTV cameras in public transports. Installing cameras is a very good solution for identifying and punishing criminals and reducing incidents of sexual harassments in public places. In fact, doing so will make sure men are even more careful about their intentional or unintentional  actions, movements and gestures when they are around women.

However, the next step after installing cameras must be to spread awareness in all sectors. This way, men and women together can make public places a safe and sound place for everyone, where women won’t feel uncomfortable, and men won’t feel afraid of being wrongly accused.