News The Tales of Five Successful Women from Beanibazar 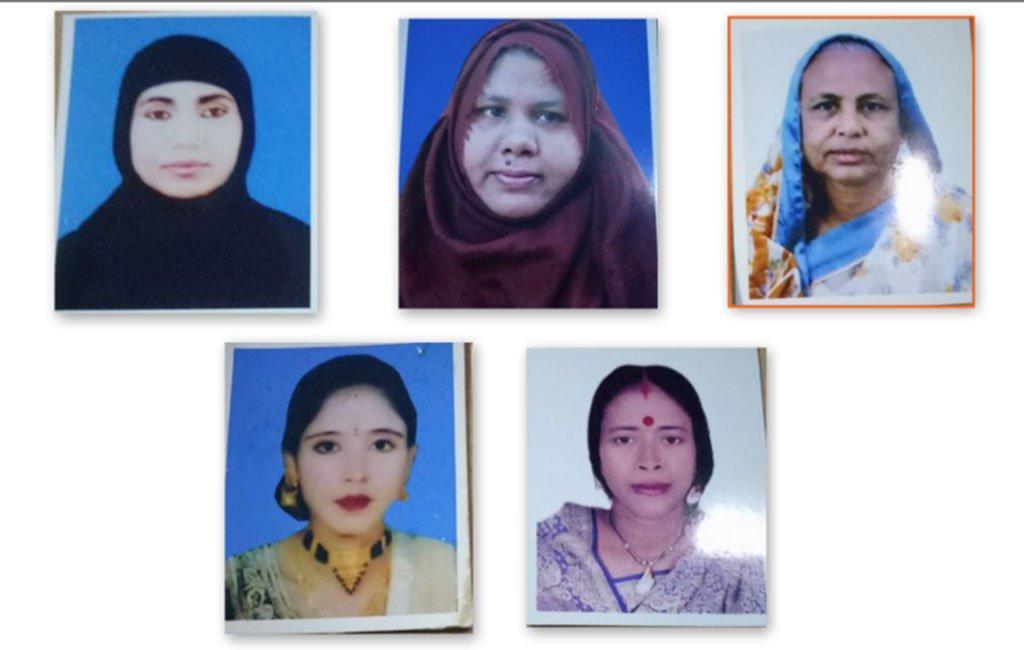 The Tales of Five Successful Women from Beanibazar

These are the stories of the five joyeetas (victorious) of Beanibazar, Sylhet

Five inspirational women in Beanibazar, an upazila of Sylhet district, have struggled, and grown beyond financial hardship to stand as examples for others of their gender, in an otherwise conservative society – through their professional achievement, or raising families.

These are the stories of the five joyeetas (victorious) of Beanibazar:

Parul Begum, wife of Abdul Hannan of Mewa village in the upazila, struggled with poverty since her childhood. She was forced to get married in her teenage years due to poverty.

Meanwhile, her husband was forced to shut his business, having incurred huge losses.

Amid growing family problems, Parul started working as a private tutor while the husband took employment in construction work.

Parul was skilled in sewing. At one stage, the couple got a loan from a local NGO, and bought a sewing machine. After this, their income grew consistently.

Noticing Parul’s skill, the chairman of local Union Parishad offered her a job to train local people in sewing, at a salary of Tk 5,000 per month. After two years, she was elected as a member of the union parishad.

Currently, she runs her own farm with 25 hens, 23 goats, and 8 cows. She is also the owner of a mobile servicing shop. Now the family is affluent.

Shilpi Rani Dutta, wife of Amresh Chandra Dev of Bilua village in Charkhai union, is another successful woman in Beanibazar. She too was from a poor family. Her academic life was about to be cut short when she was in class five. But she managed to survive the crisis, and passed her SSC examination in 1990.

Then, she got admitted to a local college, and took a part-time job as a teacher in a kindergarten school. On completion of BBA, she joined a primary school as an assistant teacher. She had also worked in family planning, gaining the locals’ trust, and confidence by advising them on their most intimate matters.

The pressure got so hard that even her sister’s husband threatened to divorce his wife if Shahjadi continued her job in Family Planning. She then left the job, and got married to an unemployed youth. Her husband left the country for Kuwait to earn a livelihood. But he returned home empty handed after failing to get any job in Kuwait.

Shahjadi along with her family started to struggle financially. In course of time, her eldest daughter migrated to the UK, and got married there. Her son went to Kuwait after passing his SSC examination. Her youngest daughter completed her graduation from Sylhet MC College, and left the country for the UK. She also got married there. Meanwhile, her youngest son completed his BBA and MBA, and is now seeking a job in the country.

Rubina Akter Rubi, daughter of Md Nur Uddin of Khashirband village of Kurarbazar union. Rubina had to get married while she was a class-X-student due to her family’s financial crisis. The couple was doing well.

Her husband was planning to go abroad. But he suddenly became mentally ill, and failed to do that. His family started blaming Rubina for his failure. At one stage, they tortured her both mentally, and physically.

Being unable to tolerate the situation, she returned to her parent’s, and started working as a trainer in a local women’s association with a salary of Tk 4,000. On the side, she took a job at a jewelry shop. Soon, she opened a shop of her own. Currently, she employs, and provides livelihood for 6 people at her own shop, this a departure from being unable to make her own ends meet.

Another woman, Tajirun Begum, daughter of late Kala Mia of Pariyabahar village of Lauta Union, is renowned in the upazila for her outstanding contributions to social development.

Her father was killed when she was only 15. Along with seven brothers, and a sister, Tajirun got started in the battleground of life. She passed her HSC examination with financial help from the local union parishad chairman. Later, she joined the Union Parishad as an office assistant. Alongside her work, she also started to provide medical assistance to the poor at Shurjer Hashi clinic, every Saturday.

Currently, Tajirun is playing multiple roles in society. She is serving as the president of “One House One Farm project” in the union, as president of Boiragibazar Women Association, and also as president of Community Satellite Clinic’s Managing Committee.

Recently, she bought a house comprising two rooms, and 10 decimals of land. She has been recognized as Joyeeta for her contributions to social development.