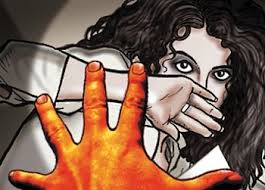 Rupa Khatun, 27 years old girl has been raped by the bus driver and helpers while coming back from Bogra to Mymensingh and her dead body has been thrown in a remote area Pachish Mile in Tangail.

Daughter of Jelhaz Pramanik of Asanbari village in Tarash upazila of Sirajganj, Rupa completed her master’s in accountancy from Bogra Azizul Haque College in 2014. She has started her LLB at Ideal Law College in the capital the following year.

Rupa has been struggling with her life since childhood. She has managed her educational expenses by doing private tuition. She also used to get stipend in her secondary and higher school. After completing her Masters, she has started pursuing LLB degree to fulfill her father’s dream. She used to support her family by doing a job at Mymensingh.

On Friday, she has left for Bogra to seat for teacher’s registration examination. While coming back from there to Mymesingh, she has been raped in the empty bus by the two helpers and driver after her friend got down. Before being raped, she has pledged for her life by offering money and mobile phone. But it has come to no use.

After this incident Rupa’s family is destroyed since she is the sole bread earner of the family. There is outburst on the social media.

However, the bus driver and the supervisor were sent to jail yesterday after they gave confessional statements before a Tangail court, admitting their crime.