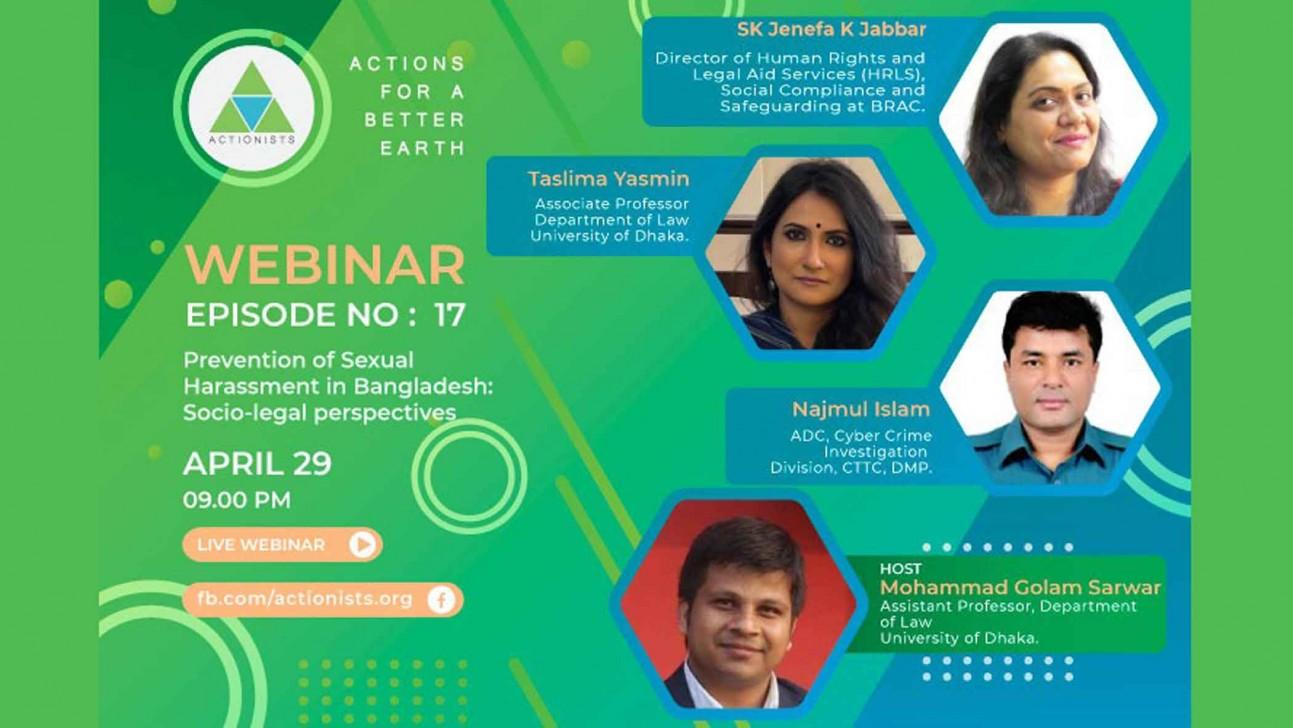 In observance of ‘Sexual Harassment Awareness Month’, ACTIONISTS organised its 17th episode of the “Dialogue for Action” series on April 29, 2021. The topic of the webinar was “Prevention of Sexual Harassment in Bangladesh: Socio-legal Perspectives”.

Jenefa Jabbar says, “it is quite difficult to find women in our country who have not been sexually harassed in their entire lifetime. In most cases, harassment and abuses begin at home, by any family member or relatives. Abuse can happen anywhere, also in online platforms. Malicious activities in social media have increased at present.”

Taslima Yasmin speaks about laws regarding this sexual abuse issue, mentioning, “though there are laws about women and gender violence in our country, the term sexual harassment is still vague. There is widespread gender-based discrimination in labour sector, but labour laws do not reflect enough concern about the issue of sexual abuse.”

ADC Nazmul says, “I receive around 15-20 complaints of sexual abuse every day, and most of them fall within the broader category of cyber-crimes. Every social media user needs to be conscious about this risk. You must not click on any fishy link or access any website. We all need to know the privacy policies of the applications we use and use two factor authentication system. If anyone faces such problem, they must not delay in informing the legal cell.”

ACTIONISTS is a youth-based organisation that has long been involved in raising awareness through social media through the Action for Dialogue series. In addition to raising social awareness and undertaking various activities to advocate for the rights of disadvantaged people, they also provide free online mental health services.