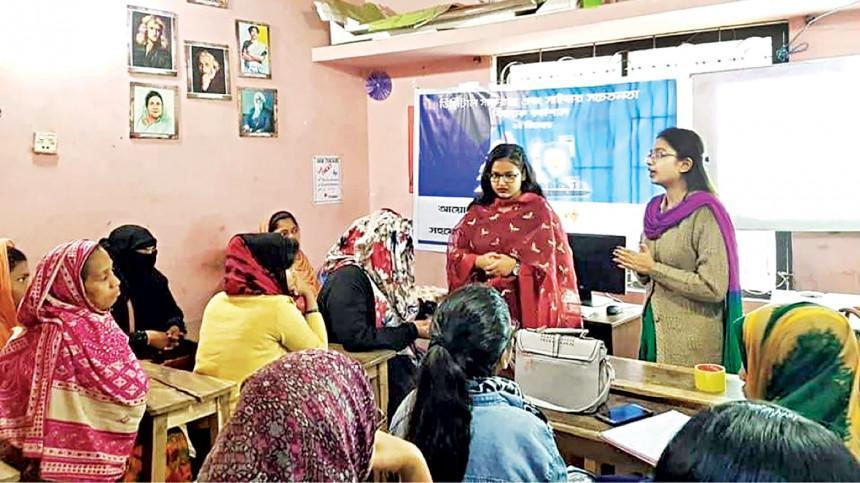 Anika Subah Ahmad Upoma is one of the nineteen changemakers from Bangladesh who received this year’s Diana Award. She founded Evolution360, an organisation that promotes the Sustainable Development Goal of gender equality and women’s empowerment, in 2016.

Initially, she replicated the ‘HeForShe’ campaign through ‘Project Poriborton- Be The Change’, beginning in a small village at Manikganj. The motive of the campaign is to teach teenaged boys about consent, and teach young girls self-defence. Later, Evolution360 expanded the campaign to Dhaka, Habiganj, and other areas. ‘Project Poriborton- Be the Change’ is currently being conducted by 300 volunteers.

Upoma got selected for the UN Women fellowship programme as UN Women Champion. In this programme, she was the only person from Bangladesh. She worked collaboratively with different NGOs, but it was difficult for her to do the work alone. As a consequence, she started Evolution360 with 15 of her friends from different backgrounds.

Through extensive research with UN Women, Upoma learnt about the abuse and discrimination faced by women every day, across cities. “Evolution360 is a platform for the youth, by the youth. It is important to give young people the proper guidance and motivation to be the change they want to see,” she says. “The involvement of youth plays a central role in building a resilient and progressive nation.” The organisation is currently mobilising 500 volunteers.

Through their work, Evolution360 has reached more than 5 lakh people online and thousands of people offline so far, by creating a volunteering and soft-skill development platform. Besides, the organisation connects women with professionals in case of any sort of violence, with help from various law enforcement agencies and legal aid service providers, along with lawyers and counsellors.

Evolution360 also relentlessly advocates for a safe cyber space, helping victims of cyber bullying. The organisation has reached out to 20 victims of cyberbullying so far, with direct legal help. During the pandemic, the team of Evolution360 provided relief packages to more than 500 individuals from low-income families, and distributed masks amongst 2,000 underprivileged people.

Evolution360 is the only youth organisation from Bangladesh to receive the International Arch of Europe Award in Gold Category at Frankfurt, Germany, for the Leadership, Innovation and Excellence section. They also received distinct certification from Youthopia Bangla and UNDP for their contribution in social development.

“With the Diana Award, my responsibilities have increased as I have higher expectations to meet,” concludes Upoma.